Yesterday, in our house Barney died. Barney was a happy soul with a song in his heart and much pep in his big purple step but apparently Emily had grown tired of him and decided it was time to put him out of her life, forever. 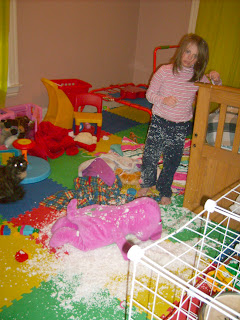 I felt like crap this past weekend, had some sort of damn nasty bug. I am feeling better today but still not 100%

The Family Guy takes on Down syndrome. Recently the Family Guy did an episode involving A young woman named Ellen who has Down syndrome. When Chris takes her out on a date and asked about her family the young woman responds that her mother is the former Governor of Alaska and her father is an Accountant. Obviously, the bit was supposed to poke fun at former Governor Palin. When asked how she felt about it Palin was of course upset, outraged, and wanted their heads on a platter. However, just a few weeks before she defended Rush Limbaugh by saying that he had used r****d as satire and NOT as an insult. Well, let’s apply the dictionary meaning of satire to the Family Guy bit and see if it works:
• satire /s'ætaɪəʳ/
Synonyms:
o noun: lampoon, squib
o satires plural
3. Satire is the use of humour or exaggeration in order to show how foolish or wicked some people's behaviour or ideas are. N-UNCOUNT
 The commercial side of the Christmas season is an easy target for satire.
4. A satire is a play, film, or novel in which humour or exaggeration is used to criticize something. N-COUNT
 ...a sharp satire on the American political process. + 'on'

You decide. I would post the transcript of what Rush said but it uses the R word over 50 times! I don’t need that sort of crap on my blog. Personally, I think that any time Palin is made a fool its fine by me. I think Palin is a fool and she has proven that over and over again. I think poking fun at her kid is a shitty thing to do and it should always be hands off. Not because her child has Down syndrome but because her kids did not choose to be part of the circus that is her life.
Posted by Maria at 10:09 AM 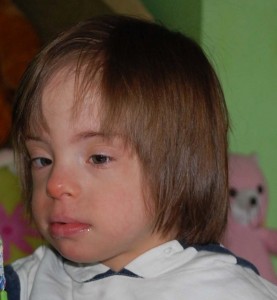 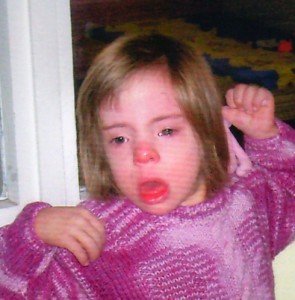